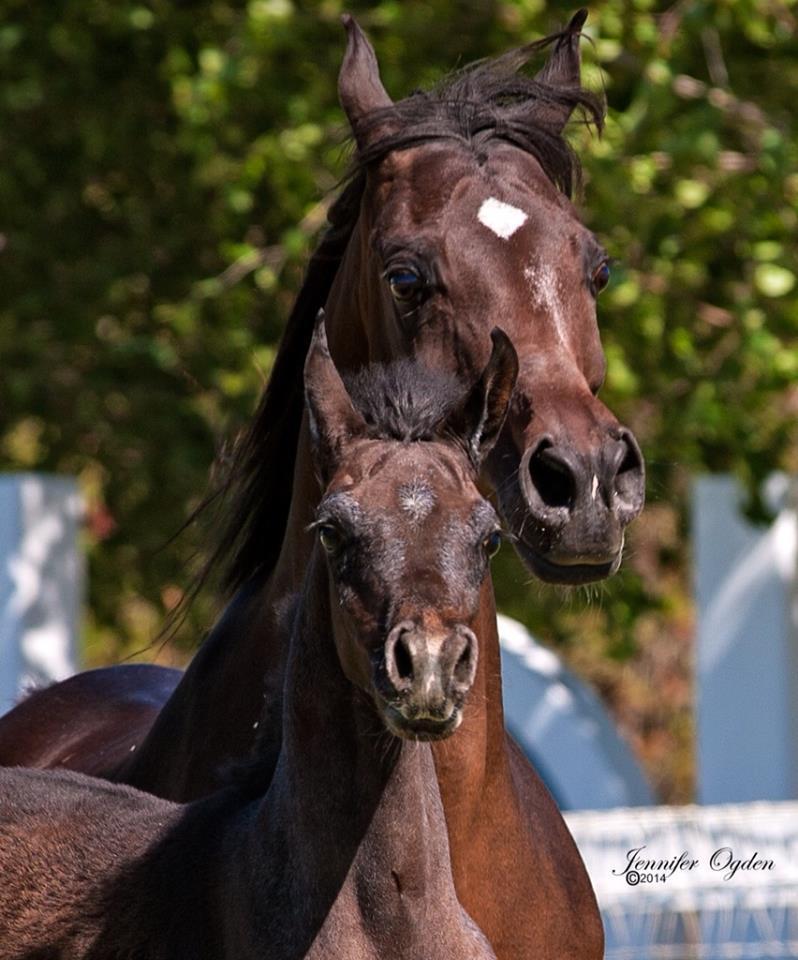 Haalani SMF (Ali Saroukh x Ansata Haalah by Ansata Iemhotep) was her dams' second foal, we were so happy to have this filly after years of colts, it was a blessing. We thought she would be grey because of the white thumbprint on her foreface and the grey in her tail. When Judi and Don Forbis visited and saw her, Judi said she reminded her of *Nihal, one of her favorite mares at Gleannloch. Furthermore, Judi was convinced the filly was definitley bay, of course she was right, Haalani is bay!

This is one of the two mare families at SMF that are Hadbah Enzahiya tracing through Maysouna to Venus whereas our other Hadbah family traces through *Hoda. Different branches of the root/originating mare, Venus. Again, a mare family that seems to produce more females but if a colt is produced then he is very likely to be stallion quality. She is a super mother and easy to get in foal. Henry and I adore this Saroukh daughter; she is in foal for 2015 to Symbolic SMF once again.