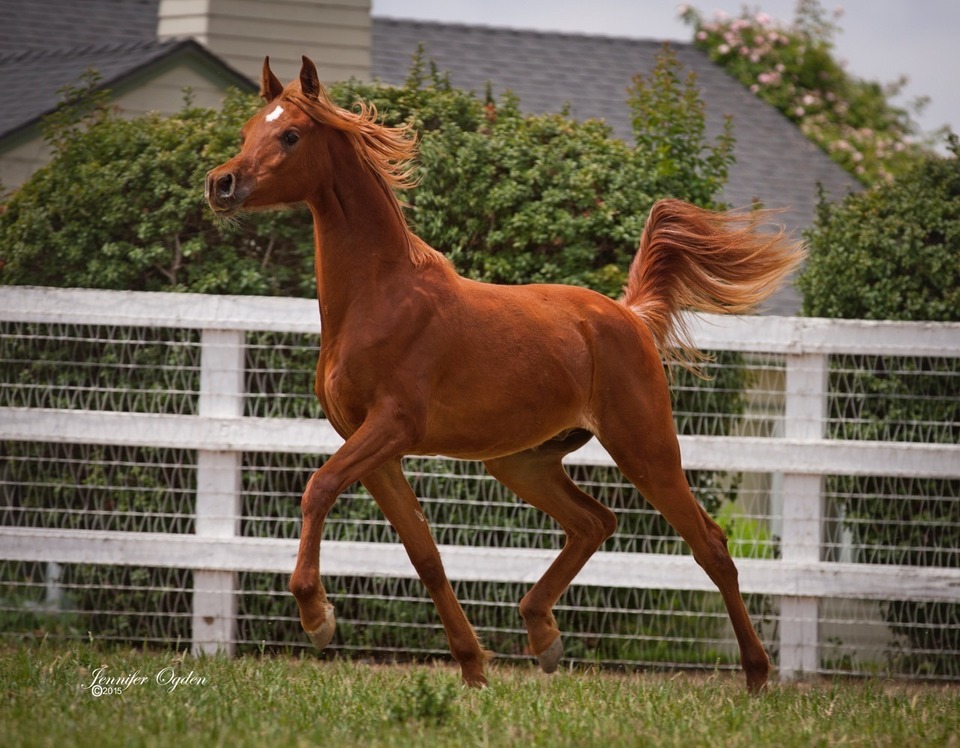 2015: Everyone will ask why we gelded this boy? Well, its because there is no demand for colts right now and he is a superb athlete! Henry and I felt it was his best way to find the right home. He has a fabulous movement and a super personality, two unbeatable combinations for a friend/companion or perfomance horse. He is tall, conformaitonally correct, big eyes with close set fine ears that give him a very alert expression. Upright neck with plenty of poll for wearing a bridle. Shahin presents a great opportunity to get involved with the straight Egyptian performance horse awards.

2014:This is a very bold and playful colt! I took the earliest photos of him myself and he was in my face, coming right up to me, wanting to know what I was doing? Jenni Ogden took the last series of photos. In one of the captions I noted his nickname of "Hotrod " given to him by Kimberli Nelson on Face Book. He really is a Hotrod, ripping around, very fancy and moving in a big way with all kinds of attitude and charisma.

My impressions are  he is leggy, elegant, big eyes with incredible expression and tight ears! Love him!